The world is a different place compared to the early years of the bicycle. As technology, science, and innovations have evolved since the first rudimentary bike was created over 200 years ago, there has been a ruminating warning about how these advances impact the earth and its inhabitants, as well as our ability to sustain this growth without causing irreversible harm.

There are daily observances and steps taken to encourage sustainability, such as the promotion of recycling, the increased use of email over paper-printed mail, companies and residences using solar-powered energy over nuclear-powered electricity, and the utilization of electric cars over gas-powered ones. The UN has been a long-standing promoter of the idea of sustainability and measures to encourage sustainable resources. As an answer to their admiration for change, they created an objective called Envision 2030. This vision has 17 parts to a whole, with each part being a goal towards a better future for humanity and our earth by the year 2030.

When World Bicycle Day was first proposed, there was an acknowledgement of how cycling delivers upon 11 of the 17 Envision 2030 goals, a significant figure for something often considered a sport or hobby. But for those of us who know the profound joy, thrill, and many benefits that a bike brings, it may come as no surprise that the bicycle could help change the world.

It’s true, with a small stretch of the imagination you could say that the bicycle delivers on all 17 goals. It has so many applications and benefits; commuting, transporting goods, exercising, promoting mental health, exploring, doing tricks, racing, and not to mention it’s self-propelled, so there’s no electricity needed to power a bicycle. Which means that it can be used in a hyper-urban setting, such as New York City or in a highly under-developed area, such as the Sub-Sahara in Africa. There’s also barely an age range for cycling. Children as young as 2 and adults as seasoned as 92 can ride a bike with the right training, motivation, and physical ability.

With this wide spectrum of uses, demographics, settings, and benefits for riding bicycle, we almost have to question, “Why this wasn’t done sooner?”.

Now that it’s here, how do we, as bike enthusiasts, spread the love going forward? This will be a challenge for us, because our wonder-machine, the bicycle, has been an understudy to so many other forms of transportation and exercise for generations. Yet, it could help solve so many of the world’s crises and dilemmas. 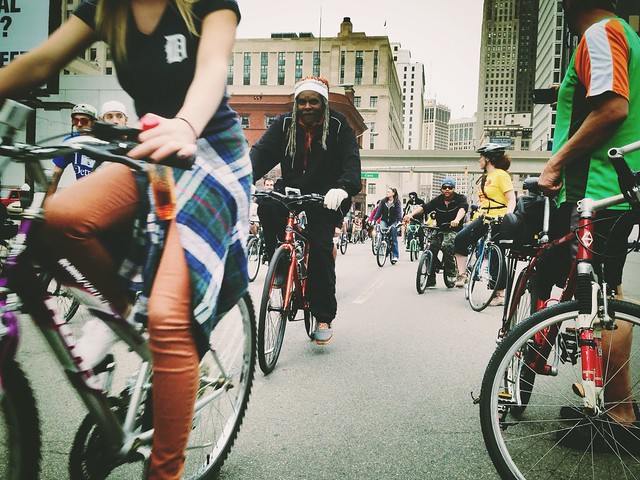 For those of us who have the motivation to make a difference, Bicycle Ambassadors if you will, we should

This has the potential to grow the bicycle community out of it’s niches and in to a mindset that is ready to propel the world forward to a better place.

How has a bicycle changed you? How has it benefited you?

Inspirational Links for this Article

UCI Cycling for All Manifesto

The Man Who Made it Happen

The History of the Bicycle